During the recording of an event with a multicam system, Live2Edit captures the control signals from the video switcher (production truck, studio, mobile control desk) and the corresponding timecode. Immediately after the end of the recording it generates an edit sequence for a post-production system; all the camera feeds are grouped in the sequence (optionally with PGM) and all edits and transitions* of the live mix are available for immediate processing – as though the sequence had been created directly in the composer by a cutter. 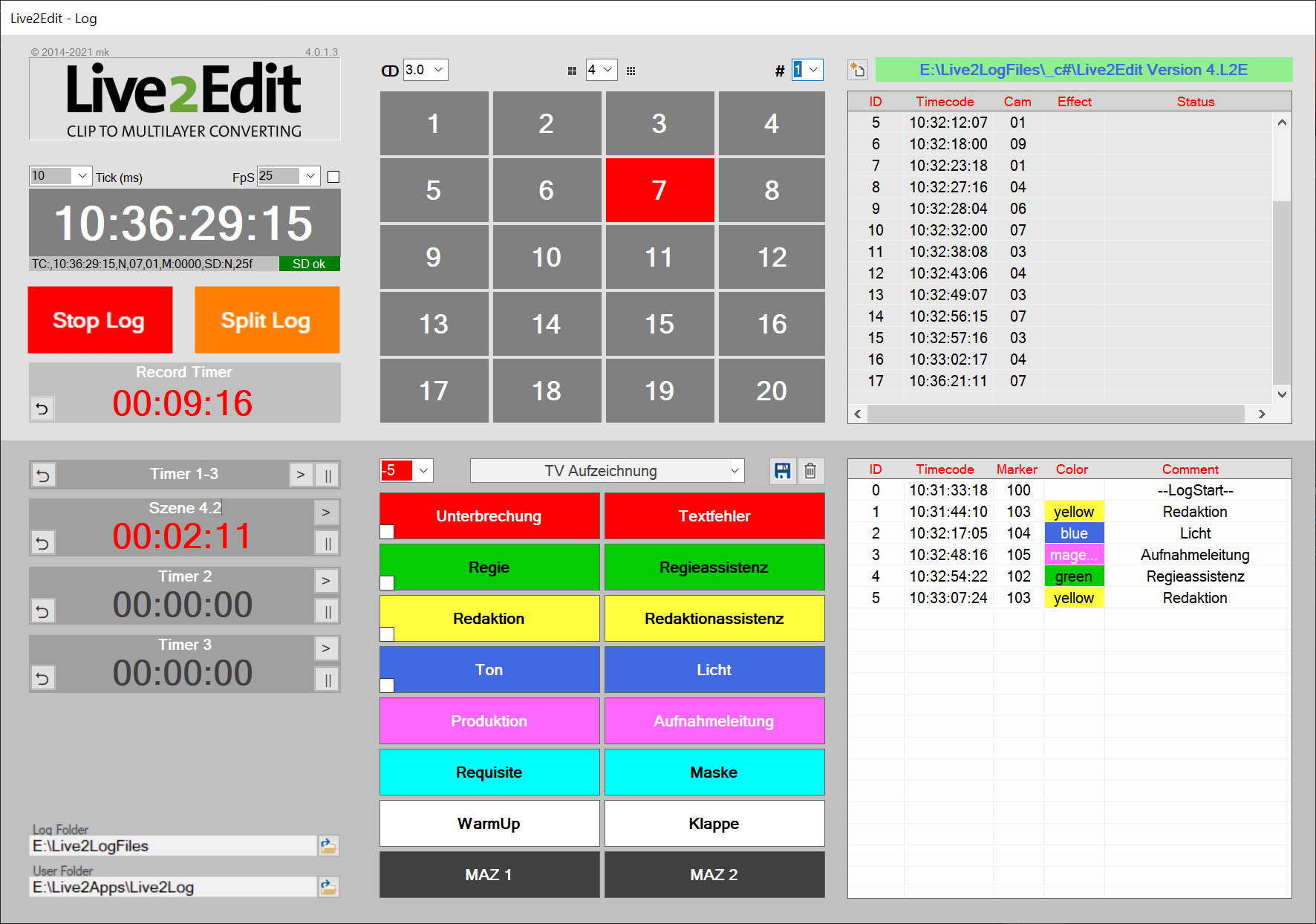 Each Live2Edit-Box handles up to 20 cameras or external feeds; however, by coupling several devices the number of sources is unlimited.

If required, markings (for highlights, corrections, etc.) can be entered by the director, programme manager or producer at any point using marker buttons. These then appear in the timeline of the post-production system as (coloured) markers.

In January 2021, we added some functions to Live2Edit that our customers wanted:

The whys and wherefores

Live2Edit has 16 markers in 8 different colours, 4 of which can also be controlled via external buttons.

The 4 external marker buttons can be inserted at any point in the production set (singly or in combination).

All markers (including the buttons) can be individually named and controlled via the Live2Edit software.

After the recording, the marker points can be accessed directly in the timeline and the corrections made immediately. It's no longer necessary to note down time codes during the live event and to waste time searching for the errors.

In this case, markers 1-4 are only enabled for the marker buttons - to prevent director's or programme manager's markers accidentally being set via the software

Our innovative Live2Editsystem is now also available in a rental version. This allows you to benefit from all the advantages (your live multicam stream in the timeline = considerably shorter post-production time = cost savings), but does away with the need to hire an operator from us. You can simply use the system yourself: Live2Edit is therefore even cheaper than before.