Live2Touch is a mobile control system which consists of a touch screen and a 16-channel HD mixer. The previews of all connected cameras are displayed on the touch screen; camera feeds are cut to by touching them: What you touch is what you get. 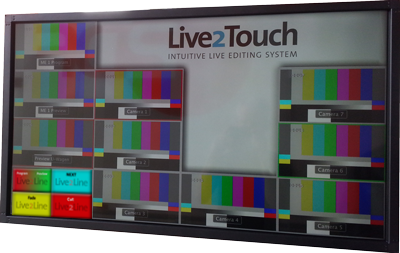 Cuts can be made directly (each touch immediately triggers a cut) or by using the Preview feature (touching an image loads the selected camera into the preview and the cut is triggered by tapping the cut or fade button).

There are 4 command buttons:

CUT cuts to the preview feed

FADE fades in the preview feed

Live2Touch can be used independently or to control an existing mixer (studio or production truck), assuming it is equipped with GPI-INs.

Live2Touch can be combined with the Live2Edit and/or Live2Next modules to provide an optimised workflow for recording and post-production while reducing errors and saving time. 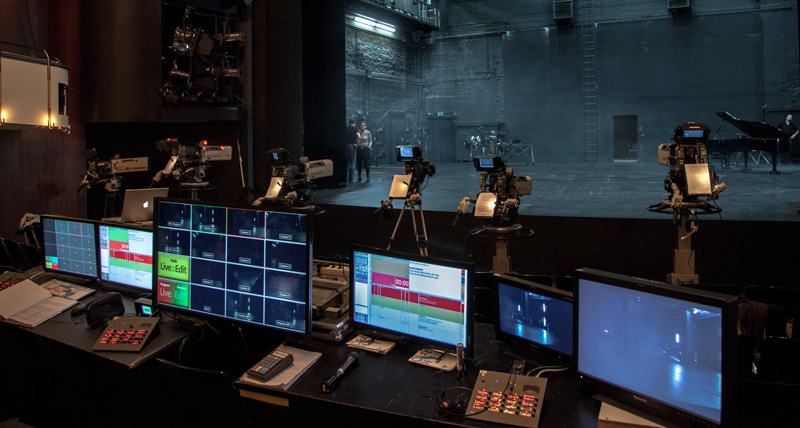